The Trunino Lowe Quartet is comprised of four friends who love to play together. The quartet features Trunino Lowe on trumpet, Louis Jones III on drums, Jonathon S. Muir-Cotton on bass and Sequoia Snyder on keyboard. The band will be performing original music and standards. They invite the A2 JAZZ FEST audience to “be ready for a journey.”

Trunino Lowe
Trunino Lowe is a young up and coming trumpet player in Detroit. Serving as a composer, band leader, sideman and mentor at the age of 21, his passion for music shows on and off the band stand.  He has played with some big names of Detroit such as Marion Hayden, Wendell Harrison, Rodney Whitaker, Sean Dobbins, Marcus Elliot, and more.

Louis Jones III
20-year-old Louis M Jones III is a drummer and composer who has played with Wayne Shorter, Wendell Harrison, Pamela Wise and Sean Jones, and has been on numerous recordings and albums. He is also pursuing Jazz Studies at Wayne State University and will be entering his junior year in the fall, 2019.

Jonathon S. Muir-Cotton
Jonathon S. Muir-Cotton is an award winning, young, up and coming double bassist/bassist and composer, trained in both the jazz and classical traditions. Jonathon plays many genres of music including jazz, funk, gospel, blues, R&B and neo-soul. Under the mentorship of great Detroit bassists like Marion Hayden, Robert Hurst, Rodney Whitaker, Rick Robinson and Ralphe Armstrong, Jonathon is working towards a making his own mark in the music world. He is also the bassist of the dynamically talented KDJ Trio, a bandleader for his own band Expressions, a creative collaborator with many musical artists, and a Jazz Studies major in the College of Fine, Performing & Communication Arts at Wayne State University. For more information about Jonathon, visit him at www.jonathonmuircotton.com.

Sequoia Snyder
Jazz pianist and composer Sequoia Snyder is only six years into her music career but is already making a name for herself, having performed with the likes of Herbie Hancock, Terence Blanchard and Terell Stafford. Sequoia graduated from the internationally acclaimed Duke Ellington School of the Arts in her hometown Washington, D.C. Under the training and mentorship of renowned jazz saxophonist and educator Davey Yarborough, Sequoia has played with the Washington Jazz Arts Institute, the New Washingtonians Jazz Combo & Orchestra, and performed at venues such as the Kennedy Center, KC Jazz Club, and the Warner Theatre. She also has performed at the White House, International Jazz Day, and the U.S Board of Education through the Thelonious Monk Jazz Institute. Come September 2019, this up and coming Jazz pianist will enter her junior year in the prestigious Jazz Studies program at Michigan State University.

The Trunino Lowe Quartet will be playing at 5.45pm on September 21 (Day 3 of the A2 Jazz Fest) 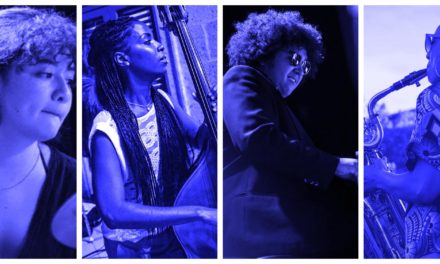