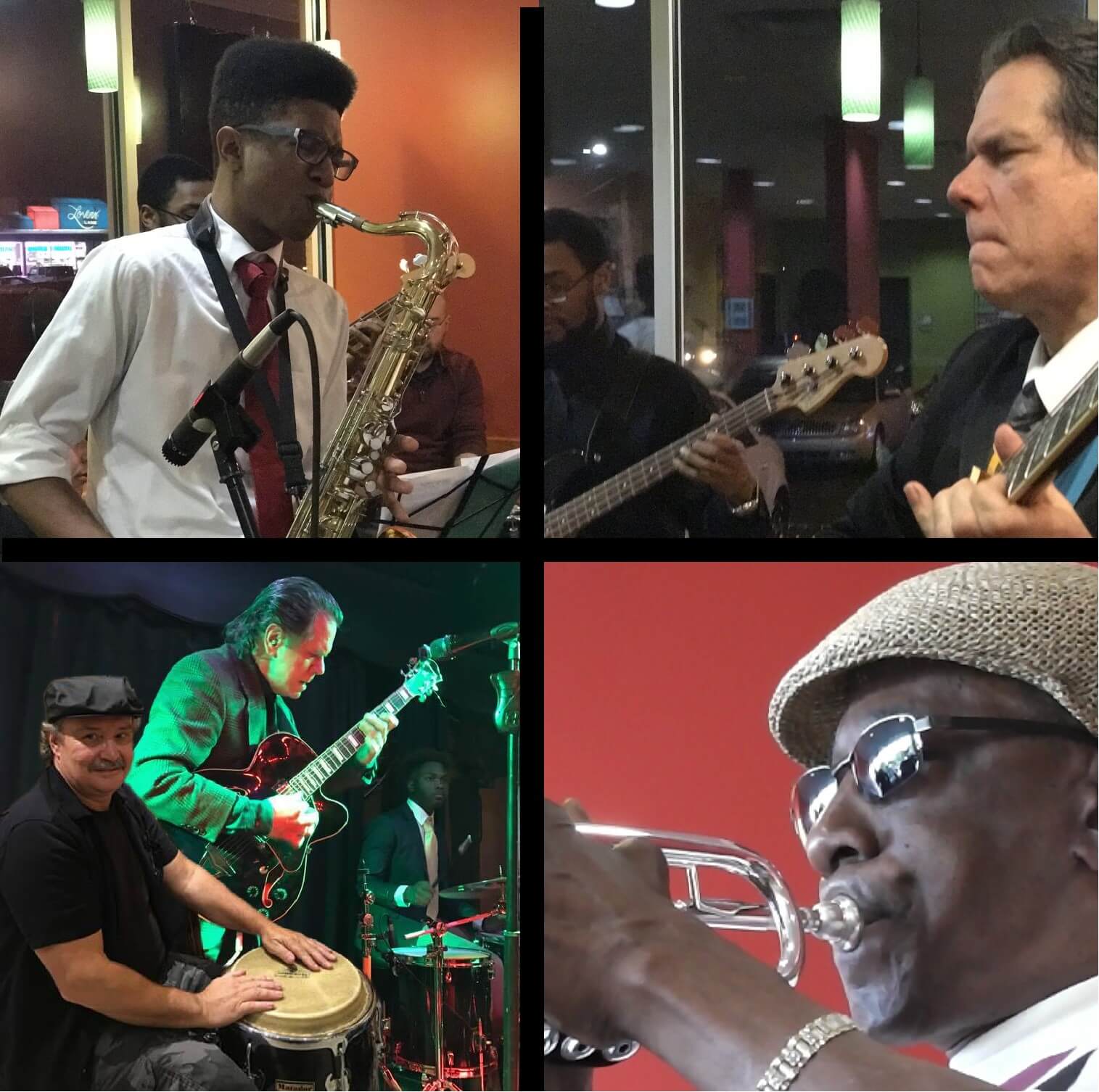 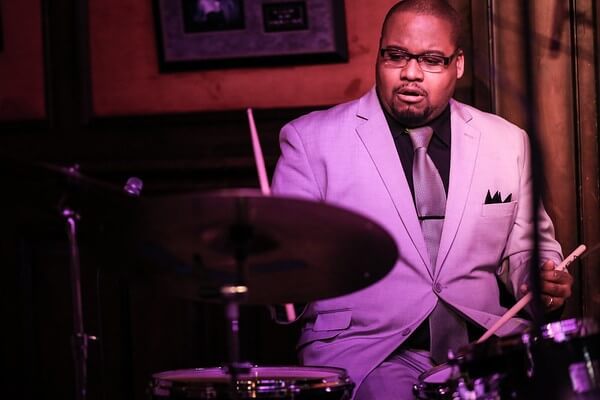 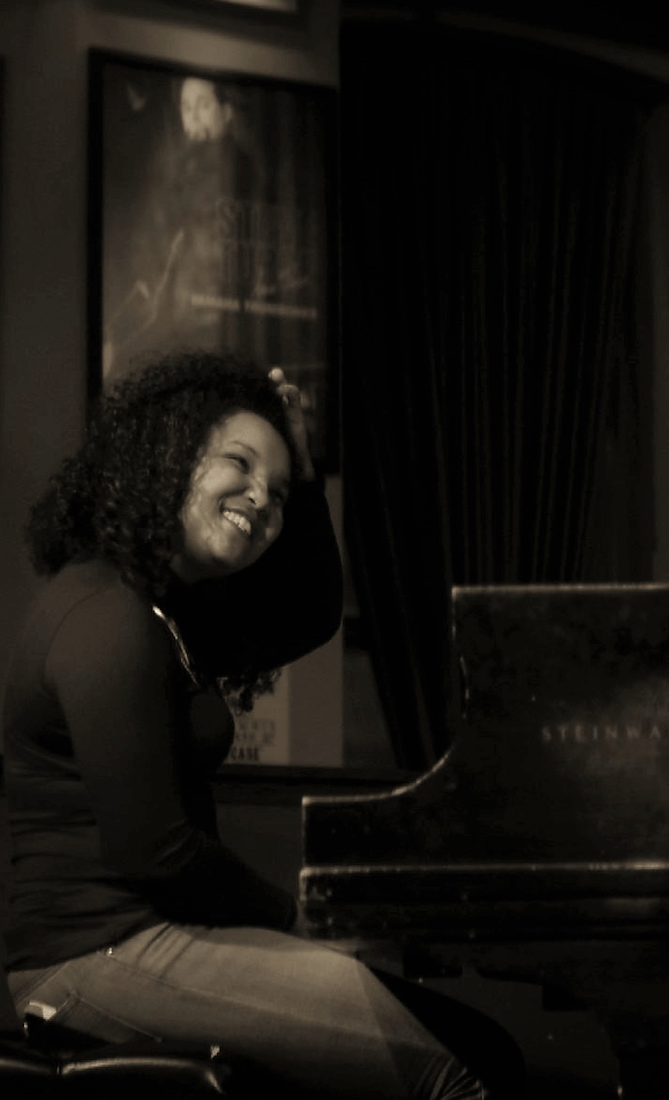 University of Michigan School of Music, Theatre & Dance student – Alexis Lombre is a young jazz pianist who discovered early that the true essence of music is not just about what you hear but how music makes you feel. Her musical mission is to keep the ‘Soul’ in music alive. The recent release of her debut album, Southside Sounds, does just that, as it is a soulful reflection of her upbringing on Chicago’s Southside. This collection of her original compositions is an attempt to pay homage to the southside’s lively artistic, cultural heritage. She has been featured in many jazz festivals across the country such as the Detroit Jazz Festival, the Chicago Jazz Festival & “Jazz in the Woods” in Kansas City, MO.

Alexis has also completed her 2nd year in the Jazz Studies Program at the University of Michigan studying with Benny Green. However, while attending U of M she realized that there was a need to create community amongst artists of color so she was inspired to curate A Night for Us – a monthly event that features and celebrates student artists of color. The success of the event resulted in being voted “#1 community arts event of 2016” by the Michigan Daily, and kicked off the creation of the student organization Artists of Color in Ann Arbor, of which she is currently the president. 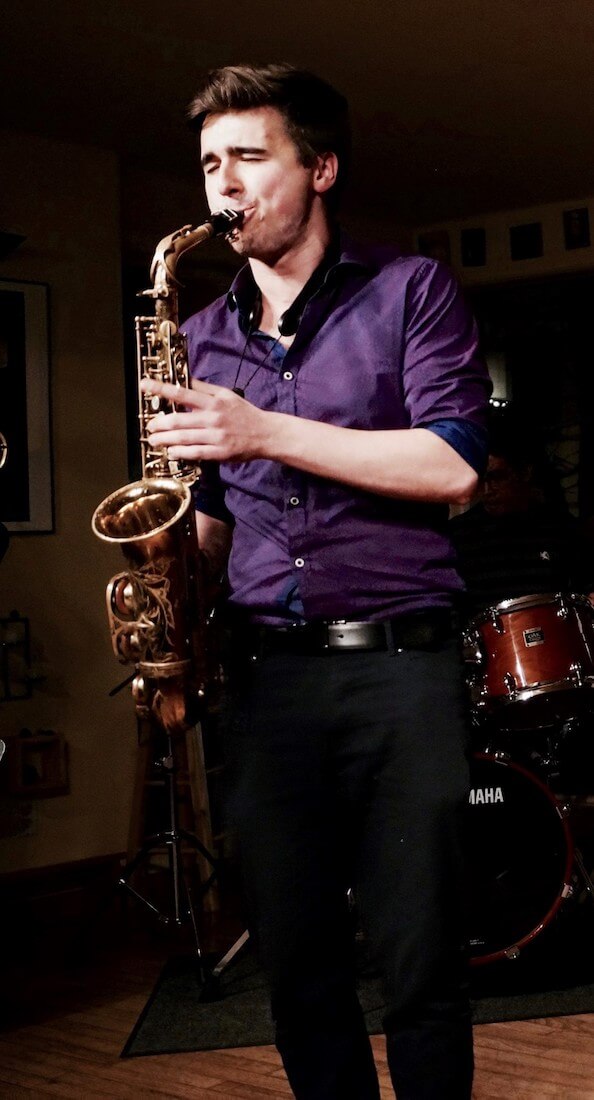 University of Michigan School of Music, Theatre & Dance student – Tristan Cappel will lead his own jazz project featuring his own original compositions. Tristan will play on opening night, is “extremely excited” to share his music with the community at the festival. He describes the body of work he will be presenting with UM comrades Peter Formanek (tenor sax), Will Rachofsky (guitar), Mike Perlman (upright and electric bass), & David Alvarez III (drums), as “resembling explorations in spirituality and consciousness.” Anyone who attended Tristan’s presentation of his Deadbird project at Canterbury House, or who has heard the recorded project, can attest to the strength of this young saxophonist’s deeply reflective musical explorations. 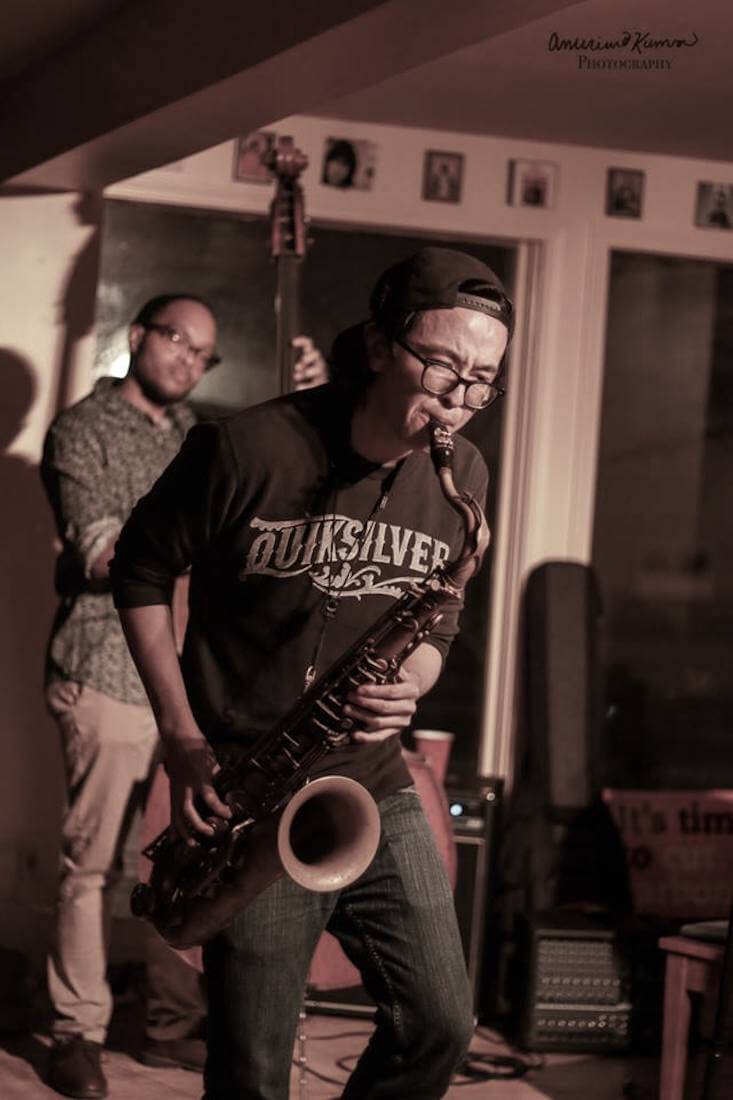 University of Michigan School of Music, Theatre & Dance student – Kenji Lee will lead his own jazz projects featuring his own original compositions. Deja Vu is an exciting new project from multi-instrumentalist Kenji Lee. Deja Vu explores the dichotomy of his two lifelong loves, the jazz saxophone trio and the string quartet. Deja Vu will combine a string quartet comprised of Teagan Faran, Nathan Bieber, Madeline Warner, and Lindsey Sharpe with Kenji’s trio featuring bassist Brian Juarez and drummer David Alvarez III for a performance informed as much by Bela Bartok as by Sonny Rollins. Lee’s sonic explorations are sure to take listeners on a diverse journey, hinting at his many musical heroes. 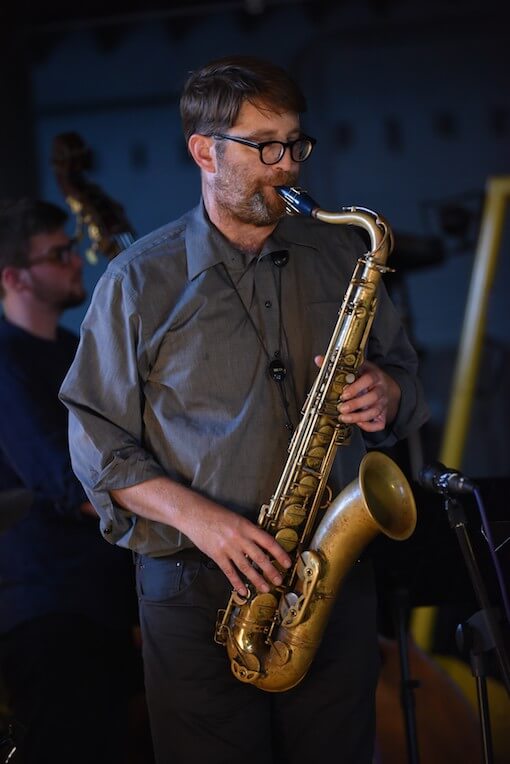 Saxophonist Andrew Bishop will present the intriguingly titled, Andrew Bishop’s Prelude Theory. Bishop is a versatile multi-instrumentalist, composer, improviser, educator, and scholar. He maintains an international career while serving as an Associate Professor of Jazz and Contemporary Improvisation at the University of Michigan, Ann Arbor. His three recordings as a leader have received widespread acclaim from The New York Times, Downbeat Magazine, Detroit Free Press and Chicago Reader and others.

Tenor saxophonist Tim Haldeman lives in Ann Arbor Michigan where he leads several groups of his own, and performs and records with a wide variety of local bands and musicians. He is also a member of Mike Reed’s People Places and Things, Greg Ward’s Ten Tongues, and other Chicago projects. Tim’s ensemble will bring the opening night to its culmination with an exciting body of original compositions collectively titled, “Open Water, As A Child” This work constitutes a prayer for the people who have been devastated by the Flint water crisis. The project features Jordan Schug (cello), Ben Willis (bass), Jon Taylor (drums), Dan Bennett (tenor saxophone and percussion), Justin Walter (trumpet and percussion), John Goode (spoken word) and Tim Haldeman (tenor saxophone and percussion).

The Kurt Krahnke Trio featuring pianist Tad Weed, and drummer Pete Siers, began with rhythm section work with various area and national artists. The group’s evolving voice, according to Krahnke, “would best be described as a modern, open approach, with great attention paid to what we have studied and absorbed from the Jazz masters.” Kurt Krahnke has been a stalwart on the Detroit area music scene and has worked with many jazz luminaries. Among the highlights of his performances are those with Sheila Jordan, Ray Bryant, James Moody and James Turre, in addition to the many great artists with which southeast Michigan has been blessed. Pete Siers, another Michigan stalwart, is an internationally known drummer who has played with the likes of Russell Malone, Barry Harris, Lee Konitz, James Moody and David “Fathead” Newman among others. His work is also featured on over fifty recordings. Of Tad Weed, Leonard Feather wrote in his Encyclopedia of Jazz, that he “displays a very rare ability to cross from dashing bop lines to rich impressions, he has the bases covered, from funky blues to the border of the avant-garde.” Weed has played with big names such as Carmen McCrae, Charles Lloyd, Woody Herman and John Patitucci and his work has been featured on over a dozen CDs.

The Ann Arbor Guitar Trio, also known as A2G3, was founded in April 2016 by Alex Anest, Evan Veasey and Adam Kahana. These three musicians have been performing and recording in southeast Michigan and made an exciting contribution to the A2 JAZZ FEST stage last year. Their current repertoire includes original arrangements of works by Bill Frisell, Oliver Nelson, Pat Metheny and Ellen Rowe. Alex Anest shared with us that the festival audience “can expect to hear music written by local composers as well as some more well-known pieces.” Further, he indicated that the group’s repertoire was ever expanding and that the audience could also expect originals written by any member of the group. In other good news, the group is currently working on a recording project. 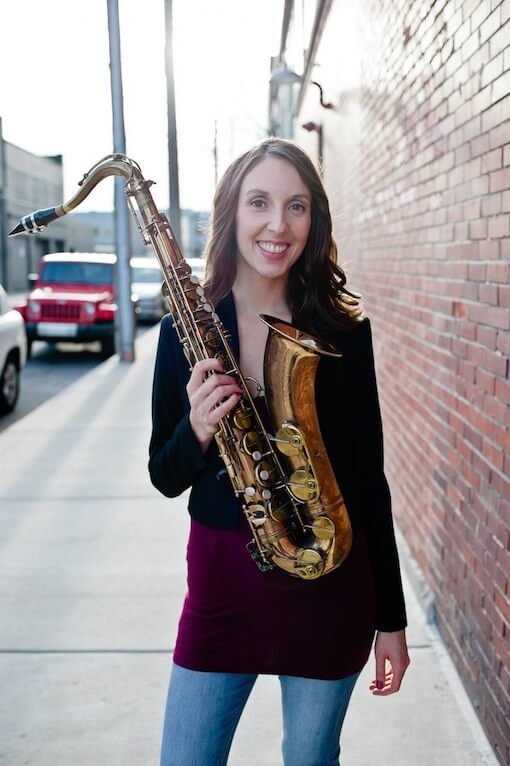 Michigan native and recent New York City transplant Janelle Reichman will feature a quartet line-up. Clarinetist and saxophonist Reichman has performed with musical greats including Doc Severinsen, Les Paul, Anne Hampton Callaway, and Dave Liebman, among others. A daughter of Ann Arbor, Janelle attended the Manhattan School of Music and thereafter embarked upon her career in the New York City jazz scene. Her debut solo album, Middleground, has received rave reviews. After her ten-year sojourn in New York, Janelle is thrilled to be home. Regarding her much anticipated debut performance at the A2 JAZZ FEST, Janelle stated, “I’m deeply appreciative to have been provided with an outlet to perform my music – and a great outlet at that. Performing my own music for an appreciative audience in a city that I love – what more could I ask for?” 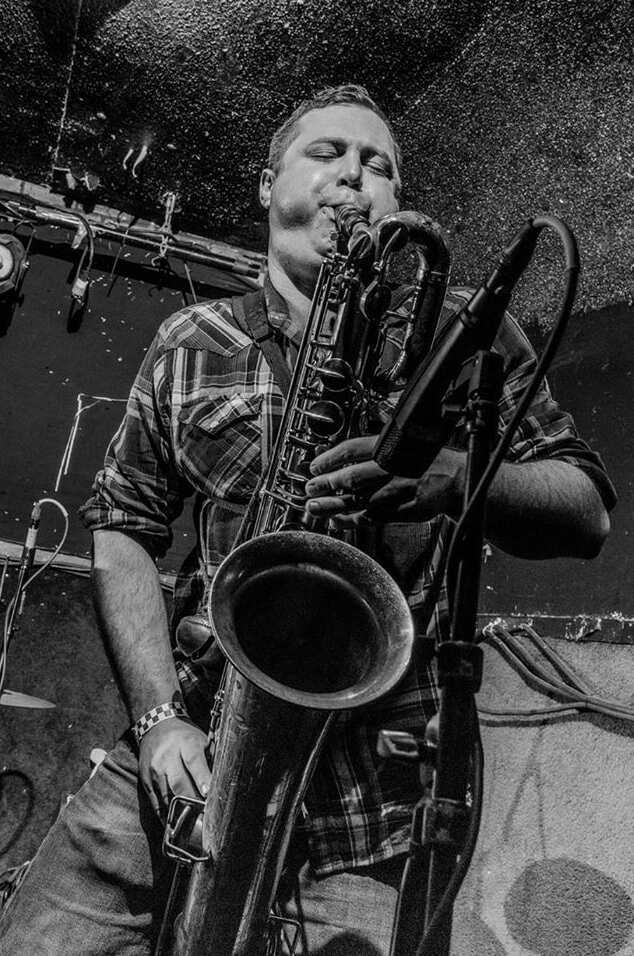 Dan Bennett is a multi-saxophonist/composer who lives in Ann Arbor. His quintet is a cordless ensemble with a front line consisting of two saxophones and trumpet. Dan Bennett (sax), Tim Haldeman (sax), Justin Walter (trumpet), Nick Collins (drums) and Jeff Marshall (bass) have played music together almost every week for upwards of six years. Regarding the cohesiveness of the unit, Dan noted, “We have a tight-knit communication and ensemble dynamic that you don’t always get without a lot of time playing together. The group is cohesive and inventive whether playing total improvisations or modern jazz compositions that we’ve hand-picked to fit the group’s sound over the years.” 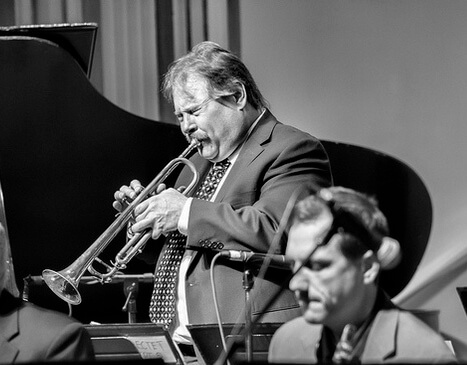 The Paul Finkbeiner Quartet consisting of Paul Finkbeiner (trumpet), Randy Napoleon-(guitar), Ron Brooks (bass), Sean Dobbins (drums), will be playing tunes from Paul’s work as well as celebrating the music of Louis Smith, beloved bandleader and educator. Louis had two beautiful albums on Blue Note Records in 1957 and 1958. He then got the gig with Horace Silver in 1958. Shortly after, he decided to become a music educator. He wound up in Ann Arbor, teaching at Forsythe, Pioneer and UM. Paul shares, “we were incredibly fortunate to have him in our community. Randy and Sean both studied under him, Ron and I were lucky enough to play with him.” 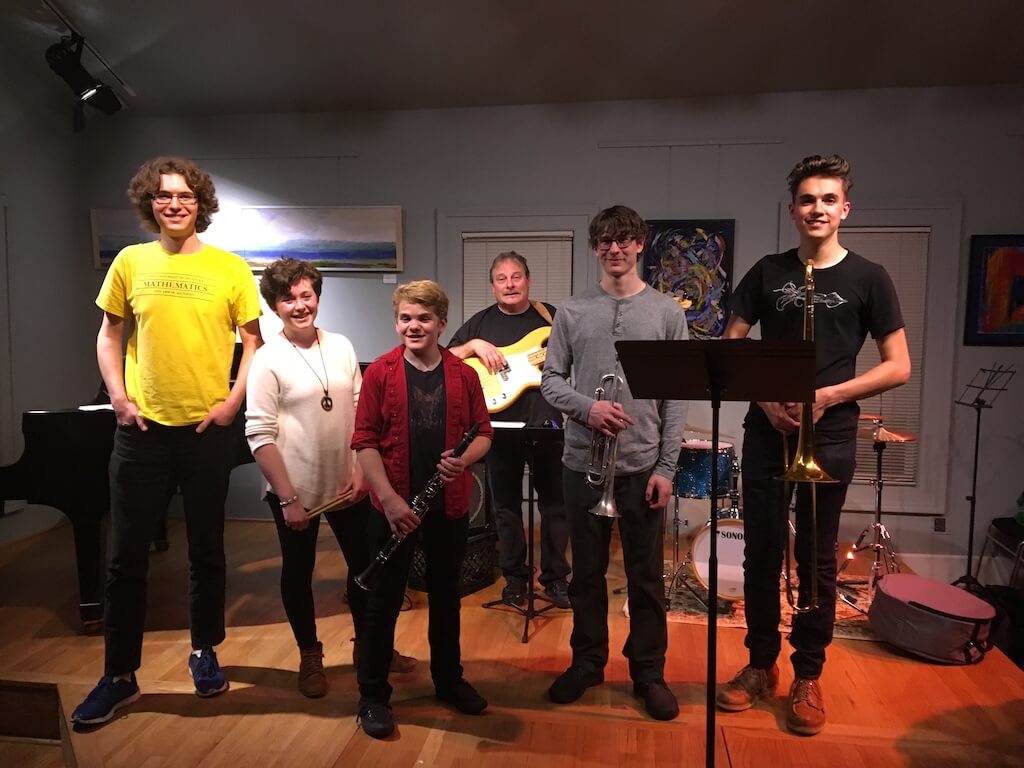 The Community Music School of Ann Arbor (CMSa2) group will feature Leigh Daniels (bass), Oliver Mayman (piano), Domimic Torbaugh (tenor sax), Paul Finkbeiner (trumpet), Xander Saltsitz (clarinet), Abi Middaugh (flute) playing Horace Silver tunes. Director Paul Finkbeiner shared with us that: “Over the Summer we had four workshops at the Community Music School of Ann Arbor. They focused on Traditional Jazz, Music of Horace Silver, Music of Miles Davis between 1965-8 and Latin Jazz. We’re putting together some of our students to entertain you. We cater to middle school to adult students. We hope you’ll like our collaboration!” 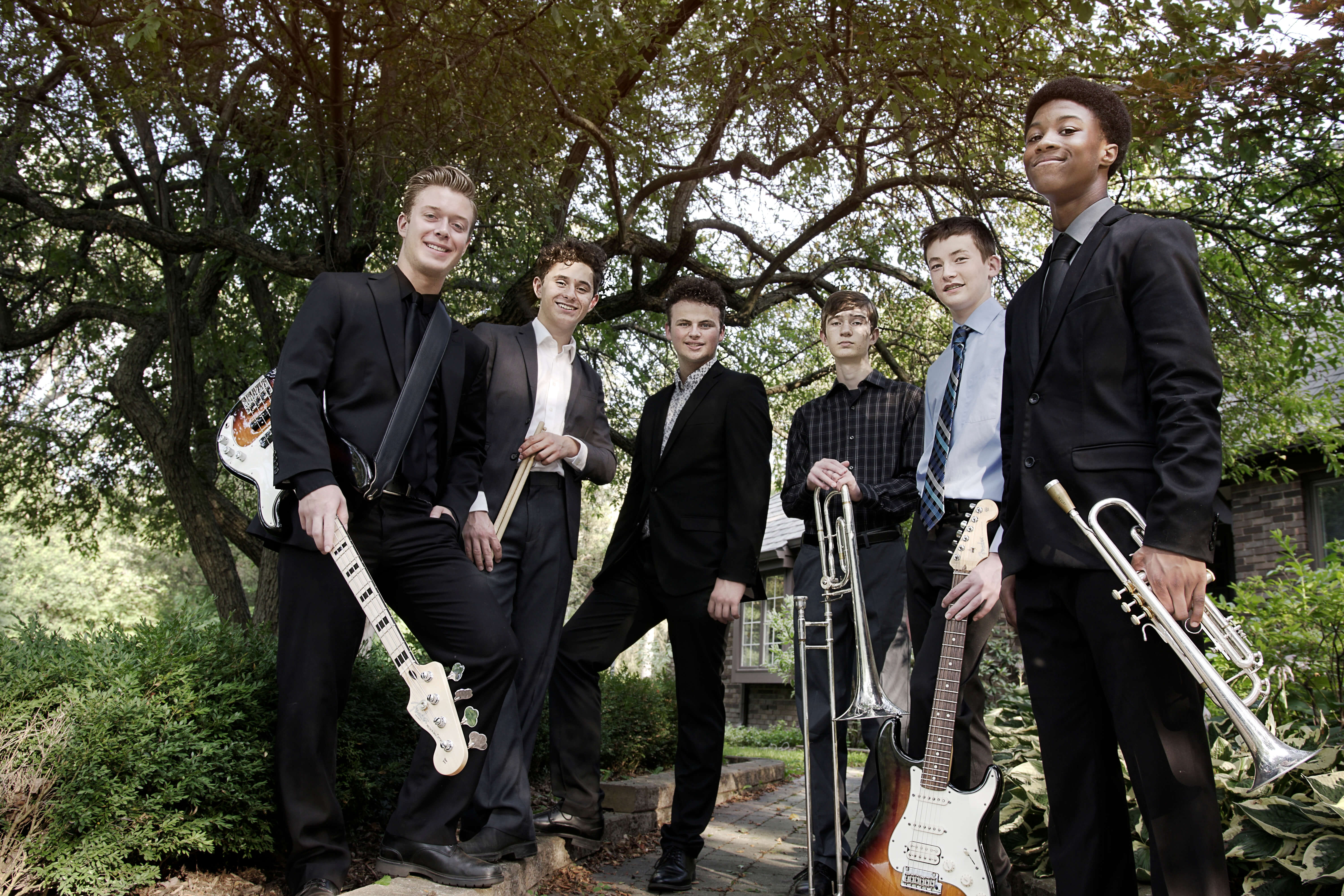 The Accidental Naturals started playing together while attending Forsythe Middle School with instruction from guitarist/educator Alex Anest. They have performed at various venues over the past several years. Members have studied in the Community High School Jazz Band and in several University of Michigan Jazz programs. On September 10th, 2016 they debuted at the first A2 JAZZ FEST. The band is comprised of Corey Watkins (trumpet), Ben Collicott (trombone), Keith Kozma (guitar), Parker Grover (bass) and Chris Pyke (drums).